After much demand for the out-of-print LP, Snailhouse�s 2008 masterpiece Lies On The Prize is being reissued. Nothing has changed musically. The layout of the jacket has been slightly altered but Kit Malo�s beautiful art remains untouched. The copies will be limited to 200.

Lies on the Prize was recorded in a converted church studio outside of Montreal by Jeremy Gara (Arcade Fire's drummer). Feuerstack and Gara spent a year or so trying things, making demos and bouncing things around until - before they knew it - they had the makings of an album on their hands. A few finishing touches from some good friends filled it out, then they tied it all together and put it out in Canada (Unfamiliar) and Germany (Mi Amante). Tours ensued, and awards (including a Polaris nomination) and a string of great reviews, but this record still has a lot of listeners yet to be discovered.

"The lyrics on their own are lovely but they attain sublime status due to how the music envelops and caresses them, framing them perfectly. ... add in the weeping strings, the plaintive guitar and Feuerstack's pining voice and you've got perfection. Forget lies, the hidden truth makes this music the real winner." - Chris Whibbs, Exclaim!

"Steering clear of any arena bluster or faddish gimmicks, Feuerstack finds a stealthy way to give 'er like a cream-of-the crop singer-songwriter. His pretty and poignant songs about the (somewhat) simple things – love, homesickness, the sun – flow with ease, bolstered by the subtlest of strings and horns and keys." - Lorraine Carpenter, Montreal Mirror

"Lies on the Prize is the best representation of Feuerstack's songwriting gifts. He composes slyly earnest lyrics, where sincere romanticism mingles effectively with playful black humour, and he marries these to unique soundtracks on what is ultimately an intricate guitar/voice record."
- Vish Khanna, Eye Weekly

Get Lies On The Prize (LP reissue) 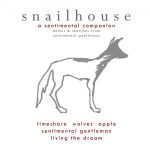 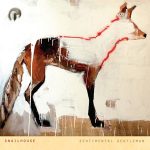